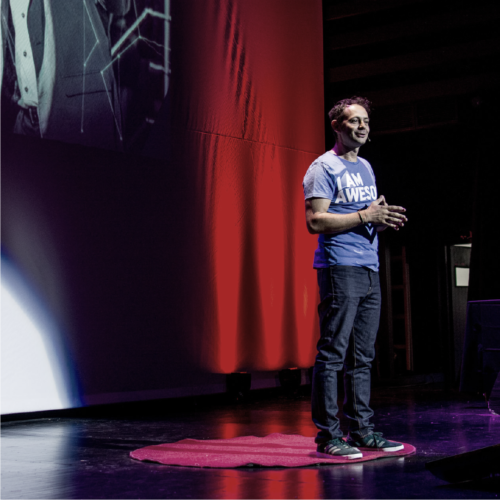 Theo Anagnostopoulos hosts the stage of TEDxPatras 2018- which can be translated “gird your loins, this stage is about to take off!”.

Theo Anagnostopoulos is a social entrepreneur, a science communicator and a public speaker. He is the Founder and General Manager of SciCo, an international social enterprise aiming to make science and technology simple and understandable to the public and to various stakeholder groups. He is also the Co-Founder of the “Athens”, “Thessaloniki” “Patras”, Thessaly, and “Mediterranean” Science Festivals, “Mind the Lab”, the “School lab” international teaching platform, “TEDMED live Athens” and “Green Project”.

Theo holds a PhD in Medical Genetics from Kings College London and his Post-Doctoral Research work was in hereditary cancer. In 2011 he was nominated by UNESCO Greece for the Kalinga Science Popularisator Prize and in 2012 he trained with Al Gore to become one of Climate Reality Project Ambassadors. From 2013 to 2017 he was the President of the Onassis Foundation Scholar’s Association. In February 2017 he won the British Council Alumni UK social Impact Award. He is the first Greek to become an Ashoka Fellow. He has travelled to 90 countries, in six continents.