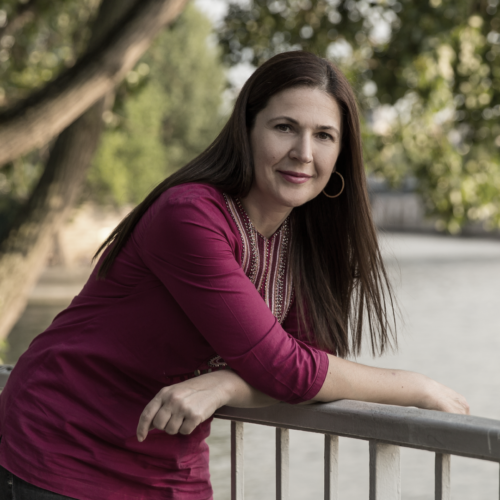 The well-known journalist and author Tassoula Eptakili will give the TEDxPatras audience the chance to enjoy a different narration- one telling the story of unique moments of decision- making experienced by important  personalities. What are the values that eventually lead people like the famous writer Jo Nesbo, the actress Isabella Rossellini, the Japanese architect  Tadao Ando and the Hollywood star Richard Gere to make life choices? Tassoula Eptakili will use the power of words and her journalistic experience to bring all these stories to life on TEDxPatras stage, thus letting us take a glimpse into the world of numerous personalities, but also sharing her personal values- the very ones that have shaped her professional and personal path. Come along, for a journey you will never forget!

The speaker’s Who is Who

Tassoula Eptakili was born on Samos island, in 1968, and raised in Piraeus, Attica. She graduated from Athens Kapodistrian University, Department of Philology, where she studied Classics. She never teached in class, though, following her inclination for journalism. For several years, she has been working as a radio producer (broadcasting through the frequency of Melodia FM 99,2 for 15 years) and a journalist writing in several printed media, including the greek newspaper “Kathimerini” (hosting her texts since 2003). Tassoula Eptakili is also a member of the  “BLUE” magazine editorial team (AEGEAN publications) . Her personal literary production includes three books so far. A fourth book, second to the her series for children, is getting released mid- November, 2018.