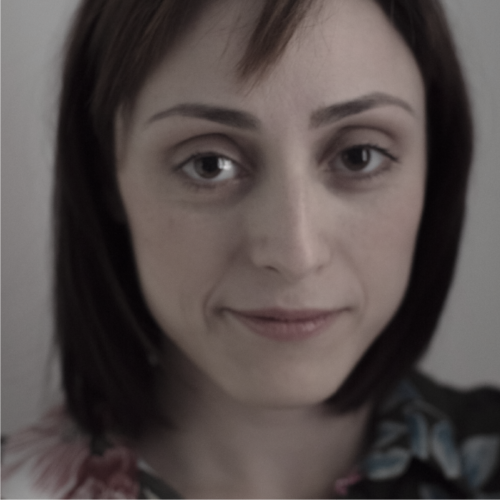 A choreography in two parts is Olga Spirakis’ proposal for the TEDxPatras 2018 theme, “Values”. The first one unfolds in a public urban area, a reference point for immigrants and refugees, and the second one on a theater stage. Dancers with simple actions interpret the meaning of “Coexistence”, as a value identified with the concepts of “Solidarity” and “Home”. These actions take place in the urban environment- where values are being challenged or seem to fade away​​- as well as indoorsl, allowing us to observe the way they exist in the reality of our modern age.

Olga Spiraki’s Who is Who…

Olga Spirakis has a Joint Degree Master in Choreography from Codarts University of Fine Arts and Performing Arts. She is a graduate of the Department of Theater Studies (Patras’ University), of Rallou Manos’ Dance Academy, and of G. Theodosiadis Drama School. She also studied in the preparatory year of the State Orchestral Art Academy (2005-2006).

Olga Spirakis was selected to attend the intensive training program “Ex-In” on the Flying Low & Passing Through Techniques (conducted by David Zambrano in September 2018).

Olga Spirakis has been teaching movement and dancing classes since 2008, including seminars for  the Greek National Opera and the Kinitiras Studio. She currently teaches at the Patras MRT (Municipal Regional Theater) School of Drama (artistic director Cezaris Grauzinis) and the Isidora and Raymond Dankan Dance Study Center.

All Sessions by Olga Spiraki